“Lack of diverse opinions about article 370, done in an unconstitutional manner,” says Priyanka Gandhi. Congress leader Priyanka Gandhi’s very first reaction on the scrapping of article 370 from Jammu and Kashmir was that it has been done in a totally unconstitutional manner and rejected the idea that Congress party members spoke in different voices.

Priyanka Gandhi accused the leader of Bhartiya Janta Party and honorable prime minister Narendra Modi for doing it unlawfully. “The manner in which it has been done is totally unconstitutional and against the principles of democracy,” Priyanka Gandhi stated when her view was being taken about the whole incident.

The reporting of Priyanka Gandhi was being done in the village of Umbha, where 10 tribal people were killed in a land dispute this year in the month of July. 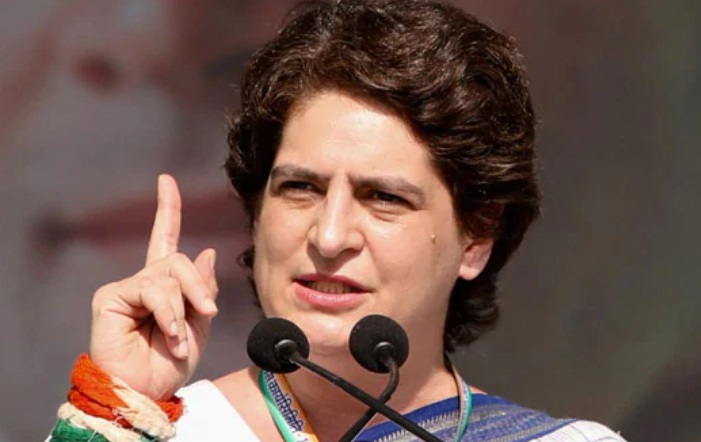 According to Priyanka, there is no divergence in voices and opinions of the Congress party members and this became a fact during the meeting of CWC, that includes the top decision making individuals in the Congress party. Priyanka said, “What has happened is the rejection of the Constitution and Congress has always fought for safeguarding the Constitution and democracy. We will keep fighting this battle.”

This matter was highlighted when the scrapping of article 370 was done by the central government and this created situation of dissension within the Congress party. Priyanka’s take on the situation was to echo the voice of his brother Rahul Gandhi and other top leaders of the Congress party.

About the Whole Situation

To make you aware of the whole situation, there was a meeting of CWC that was held because Rahul Gandhi decided to resign from the position of the party leader. Apart from Rahul Gandhi, there are no individuals who can take the leadership of the party in his/her hands considering the fact that Congress has a history of being lead by only the member of the Gandhi family.

Priyanka Gandhi stated in very clear words that in Congress party every single voice is heard and the party reaches to any conclusion after considering every input unlike in the Bhartiya Janta Party where only one voice makes all the decisions.

It is evident and almost every individual is familiar with the fact that last week on the order of prime minister Narendra Modi article 370 of the Constitution was scrapped that provided Jammu and Kashmir its special status and another bill was passed for dividing the state into two Union Territories- Jammu and Kashmir and Ladakh.

Priyanka Gandhi was visiting the district of Sonbhadra were 10 tribal people were killed in a land dispute. Priyanka was given a detention by the administration of Mirzapur while she was heading towards the village Umbha on 19th of July, exactly two days after the dispute.

When the administration was asked about the issue they said that prohibitory actions were in force at that point of time and her visit may cause serious law and order problems.