by Shivali Singla
in Politics, India
0

In the speech, PM Narendra Modi put forward Sardar Patel’s dream to revoke Article 370. He questioned his supporters why it wasn’t made permanent if it was so important. The PM said that the government formed by him has taken various important decisions within 10 weeks after coming to power in their second tenure.

This Thursday our Prime Minister Narendra Modi addressed his government’s decision of article 370 that has been revoked on the constitution that granted them special status in Jammu and Kashmir which said that it has been a step towards realizing Sardar Vallabhbhai Patel’s dream. 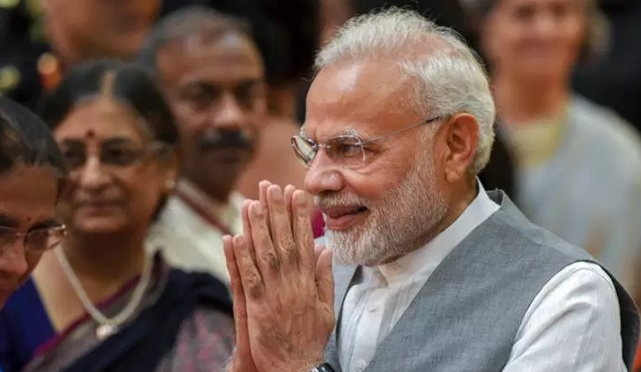 In this 73rd Independence Day nation has been addressed from the battlement of Red Fort by the PM. In his speech, he said about the government which is about to complete 10 weeks in their second term and they have already added a boost up in the development front. They haven’t waited a single day to work since they came into rule, the second time.

In a very short period of time, the government has taken speedy steps for national development. And working for each sector especially under guidance. Such special eye was given to Jammu and Kashmir for Article 370 and 35 A which was being revoked. This removal remarked the onset of Sardar Patel’s dream coming closer.

Other measures that were taken

It was also said the measures taken were fully accomplished within the period of 70 days or maybe less if, we count on precisely. Previously, all the other governments had also out efforts in solving issues of Kashmir but failed to come with a necessary solution. So, it was added to speech that, a new initiative has to be taken to bear the outcome successfully.

Till date, the BJP government has never delayed any action towards every situation. They are always seen as the most active party in ruling the nation.  They never hospitalize the problems, nor they keep it in a struggling way. It was said in referring to Article 370.

Adding more, he discussed the previous issues of Kashmir which led to the revoke of the article. He raised the question to the bill supporters that why they didn’t protest then? Why was it that less important, that made loses its permanence? The closure that wasn’t much important and was just a temporary status given to the people, why didn’t they stop it then, when there were more against peoples. India is asking this question to them.

This year triple Talaq was abolished giving relief to Muslim community women. Chandrayan 2 was also launched and was sent for Mars. For the well being and prosperity of village areas, measures were taken for the farmers and the traders. Many modifications were done in the medical sector too. Water regions were also looked after.

Many hardships and hurdles came between but were faced bravely with the people’s support. Homages were paid to the war Martyrs to remember their sacrifice for the Independent nation. The last line had, that he remembers the brave-hearted soldiers.

Narendra Modi on “Chances of India Becoming a $5 Trillion Economy”

Narendra Modi on "Chances of India Becoming a $5 Trillion Economy"