by Harry
in Headlines, Politics
0

TTV Dinakaran Arrested: AIADMK deputy general secretary TTV Dinakaran, 51 years old got arrested today for trying to bribe Election commission officials to retain the symbol of AIADMK party. TTV Dinakaran was taken to the Delhi for an inquiry 4 days ago and Delhi Police enquired him around 37 hours in the past 4 days. 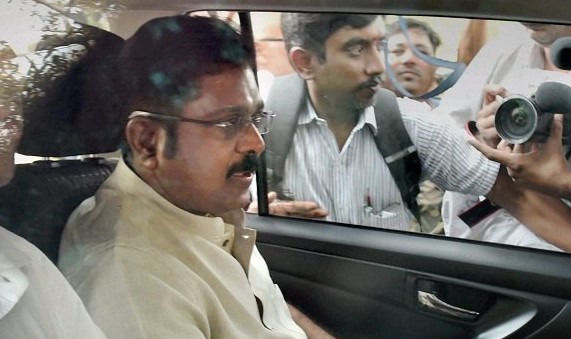 It is expected that Dinakaran will be taken into police custody for the next few days from tomorrow. Stay tuned for more updates on TTV Dinakaran bribe case.