In the clip made, the manipulated subtitles showing the annoyed Hitler being informed about the successful missions, which are being led by Chief BS Dhanoa’s superiority and his unique capability.  As the video proceeds further, the Chief’s achievements and missions were shown together with a series of popular Bollywood number in the background. 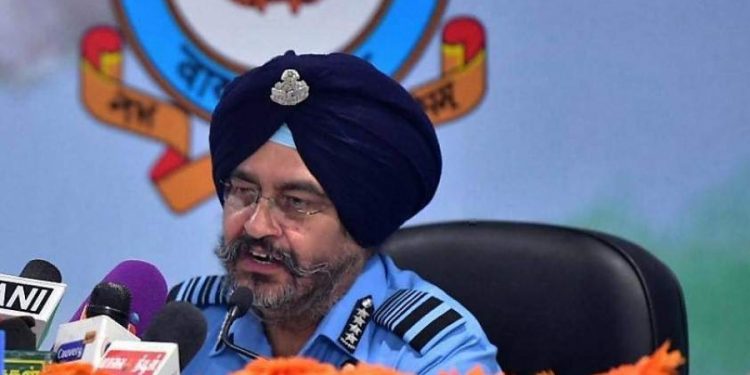 The Sole Purpose Behind Video:

Sources from IAF claimed that the video was clearly made for the fun purpose to be shown at the honoring function of to be retired Air Force Chief BS Dhanoa. And also informs that the video was not meant for any public entertainment. In the fun clip, Hitler with a scaring voice asks, how will IAF support the two fronts without the required resources.  And as one of the coward generals replied to the question raised by Hitler was that the transformation of IAF was the sole responsible for this issue, while the subtitles were as shown.

Furthermore, the video shows the rise of Dhanoa from Deoghar town of Bihar from 1957. Serially some text illustrations were shown to signify the journey of Air Chief and some of the top echelons of IAF too. Few clips from his school and college, from his educational journey, were also traced down.

His training period at National Defence Academy (NDA) and his entry into Air Force where he served as a top fighter pilot were significantly featured to honor his journey of these following years.

Among some outstanding missions, Balakot airstrikes were the most to be said of. This airstrike mission in Balakot was led by Dhanoa during his career, where he showed his immensely richer mind for making it successful. Under his guidance, five Indian fighter jets flew over Pakistan occupied Kashmir (POK) in the early hour operations on February 26, 2019.

As they flew over those areas, they dropped bombs on the terrorist launchpads in Balakot region in the Khyber-Pakhtunkhwa province. That mission was carried out as in response to the terrorist attack on a CRDF convoy area of Pulwama of Jammu and Kashmir. The attack by the POK on Pulwama area of J & K left almost 40 soldiers dead.

The airstrikes were carried out with some crucial planning and with the immense presence of mind at any critical issue to arise suddenly during that airstrike. BS Dhanoa, the Indian Air Force Chief, and also the Chairman of the Chief of Staff’s Committee presently, is all set to retire the next month.

BS Dhanoa served in Air Force till four decades, which was quite a long and a remarkable period. He was also a front line ground attack fighter that’s a Commanding Officer during the Kargil Conflict in 1999.