Assam Class 12 Result: Assam Higher Secondary Education Council (AHSEC) likely to declare HSSLC 12th exam 2017 result on 30th May morning 10 AM. Candidates who appeared for the exam can check the result on ahsec.nic.in official web portal. We request students to get ready to check your result with your hall ticket.

Assam Board conducted class XII exams from 20th February 2017 to 20th March 2017. More than 2 lakh students written their exam and eagerly waiting for the results. Last year, more than 3 lakh students appeared for the class 12 exam and result ended with 84.73 pass percentage. 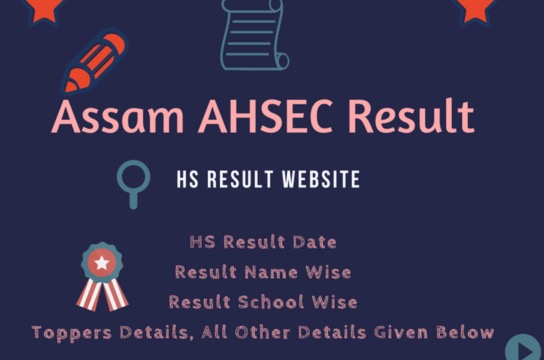 Last year 12th result was declared on the first week of June 2016. Since Delhi University and other affiliated colleges to kick-off soon this year, Assam Board paper corrections and result database tasks completed earlier this year and the result is set to declare today.

Stay tuned for Assam AHSEC Result 2017 toppers details, revaluation and recorrection details which will be announced today after the result.