Two months after the worst poll performance in Bengal, the Bengal CPM sets away to new hope by shutting off the old guards. New fresh blooded guards will be replacing them to send out a clearer message to the nation. Since 1977, Bengal was ruled by CPM-led left front till three decades continuously until they faced a major defeat in 2019 Lok Sabha elections. They lost 40 of 42 Lok Sabha seats. 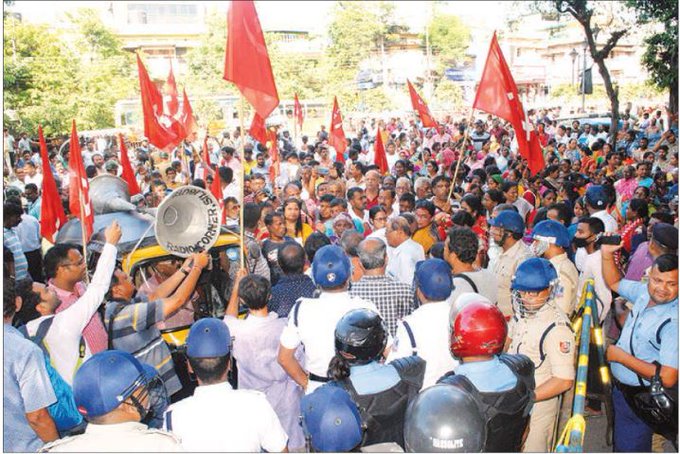 Bengal CPM was left behind by the majority parties and faced bigger challenges from Trinamool Congress Party and Bharatiya Janata Party. These two following parties were at the lead. To strengthen its hold in the nation, the Bengal CPM party organized two state committee meetings after the May election results were out.

The meeting took place only after the defeat in May elections, which made them realize they were losing their chance in their state. At the meetings, the party panel decided that not only the ground and mid-levels should be prioritized but also the top level should be given equal opportunity to become the new face for the organizational change.

The party is now even, reaching out to the youths via social media to influence them and be the new change of new face. Party member, Hannan Mollah said that earlier there was only a threat from Trinamool Congress, but now they are facing dual challenge both from TMC & BJP. They also said that extraordinary situations need some extraordinary measure to tackle.

Youths will be taken as the special task this time by the Bengal CPM as they have the particularly required leadership ability and the energetic mind to handle tough situations. Youth can lead Mass movement for changes they have set in mind for elections which will revive the slept organization.

According to the party sources, there is a discussion going on the wish of the 70-year-old secretary to step out and allow some comparatively fresher and livelier mind in his place. They have even decided to bring a new secretary in the next state conference to be held.

The fresher mind would bring new zeal to the party workers and organization too. As by 15 August, all-district committees have been asked to submit their proposals on reviving their organization or parties. The suggestions above would be looked upon and a final draft will be prepared to be presented before the central committee’s approval.

Officials also said that they will make a way for youths to their organization. To cut the chase from majority parties they have to reverse the ideas imposed earlier and make a chase then. Age groups for the member will be cut down and make a separate criterion for entering into politics.

As youth-oriented organizations prosper more than the aged people’s parties. Age is not just a number but marks the differences between the people who brings fate to an organization. Youths are better to run than an elderly member who sleeps more.