The third season of Bigg Boss Tamil has left no stone unturned to amaze the audience through its controversies. The show has been in the news since day one, but the latest eviction of popular contestant Madhumitha has created a great buzz. Madhumitha was shown the exit door after she attempted suicide as things didn’t go her way inside the house. For a self-harm attempt, the makers evicted her providing little information on her eviction.

In an instant social media started making assumptions for the reasons of self-harm. It is worth mentioning that Madhumitha tried to slash her wrist after she had a heated argument with the fellow Bigg Boss contestants. But what added spice to the eviction was a police complaint filed against Madhumitha by the makers of the show. 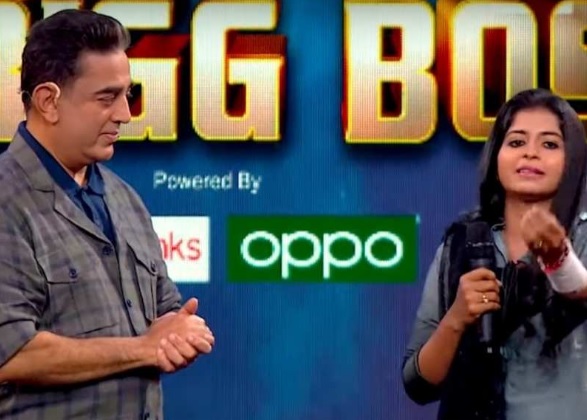 According to media reports, Vijay TV pursued legal action against the ex-contestant for contacting the executives of the channel and giving threats to settle her payment within two days. Following her eviction and the police complaint, Madhumitha decided to conduct a press conference to clear the air.

She said, “Vijay TV agreed to pay me the amount that was agreed upon. But it was shocking to me when I heard that they had filed a complaint against me. I haven’t got any calls from the police or any legal representative on this issue as well. When I got a number of calls yesterday asking me about this, I was totally ignorant about it.”

She further added that she had just requested that the money owed to her be paid. She was reportedly paid Rs. 11,40,000 as advance and the payment of 42 days stay inside the house is yet to be paid.

She was evicted from the house saying she violated the rules of the show. On this, she clarified, “I have been abiding by the terms of their contract, and have also only consulted their doctors without seeking any outside medical assistance.”

In the press meet, she revealed that the channel has not been picking up her calls. She requested Vijay TV to settle the matter in a friendly manner as the police case against her is of false nature. She even requested the host of the show actor Kamal Hassan to intervene in the matter.

Looking into the matter, Guindy Police Station Inspector Chandru said, “We have received a complaint, but we are yet to begin the investigation. Madhumitha had apparently sent a voice note to one of the organizers, asking for the rest of her dues to be settled within the next two days.”

The channel is getting heavy criticisms for publicizing the episode and not tackling the situation sensitively. The spokesperson for Vijay TV has refused to make any comments. No doubt the third season of Bigg Boss Tamil will make more headlines and controversies as there are many days left in this season.