Bigg Boss week 9 eviction result was announced in yesterday’s episode by Kamal Haasan. Raiza Wilson got eliminated from the house and the new week nomination process has been already started. For week 10 evictions, 3 members were nominated, Arav, Kaajal Pasupathi, and Snehan.

For the continuous second week, Snehan got nominated for the elimination. Last week, he was nominated along with Vaiyyapuri and Raiza. As expected, he got a huge number of votes last time and badly he has nominated again for this week elimination. Bigg Boss Tamil got two re-entry contestants, Harthi and Julie who entered into the house this Sunday. 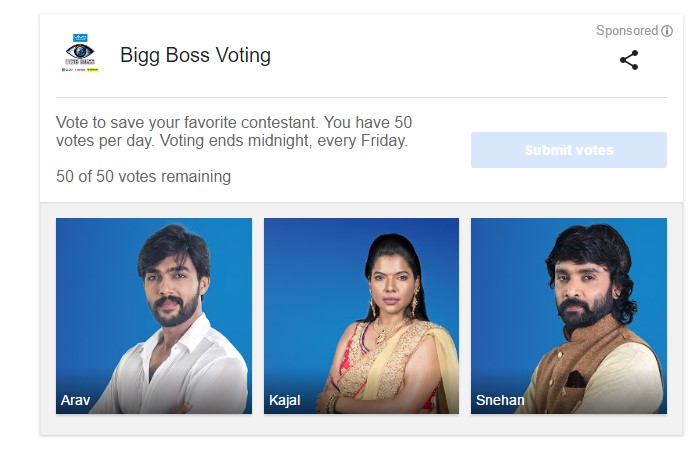 It is expected that Snehan will be saved again from the eviction this week as he has decent followers. There will be a difficult competition between Arav and Kaajal. Arav was nominated by the Bigg Boss itself as he lost the task last week. Moreover, Arav got caught on the tape as he lied a couple of weeks ago to Gayathri and Raiza about Snehan. Kamal sir showed a short recap of what he did and this should have got a huge negative impact on Arav.