It’s safe to say that 2020 was a breakout year for cryptocurrencies as leaders like Bitcoin boomed the year before, and runner up Ethereum truly came into its own. From the likes of major hedge fund managers like Paul Tudor Jones using Bitcoin as a hedge against inflation, to massive public companies like MicroStrategy and Square investing assets in Bitcoin, cryptocurrency is quickly solidifying its place in the markets as a strong instrument of interest. One of the biggest events towards the end of the year was when PayPal announced that they would be adding Bitcoin to their platform for users to both store and make purchases. All this would suggest that cryptos are on the road to becoming a more popular instrument, and what was once a taboo only for the brave may also present a number of opportunities throughout the world’s financial markets. Let’s take a look at how the two biggest cryptocurrencies are doing so far in 2021.

So far, 2021 has seen Bitcoin (BTC) displaying the kind of volatility we’ve come to expect from cryptocurrencies. The world’s oldest and largest cryptocurrency reached its all-time high and broke the $40,000 mark when it hit $40,729 on the 8th of January, and then plummeted down to $34,107 in just four days—a decline of 16%. From then, BTC had another quick upswing to $39,200 just two days later on the 14th, followed by a subsequent tumble of 22% when it landed at $30,479 on the 27th. As you can see, 2021 has already been a rollercoaster for the king of crypto, and we’re only in the second month. 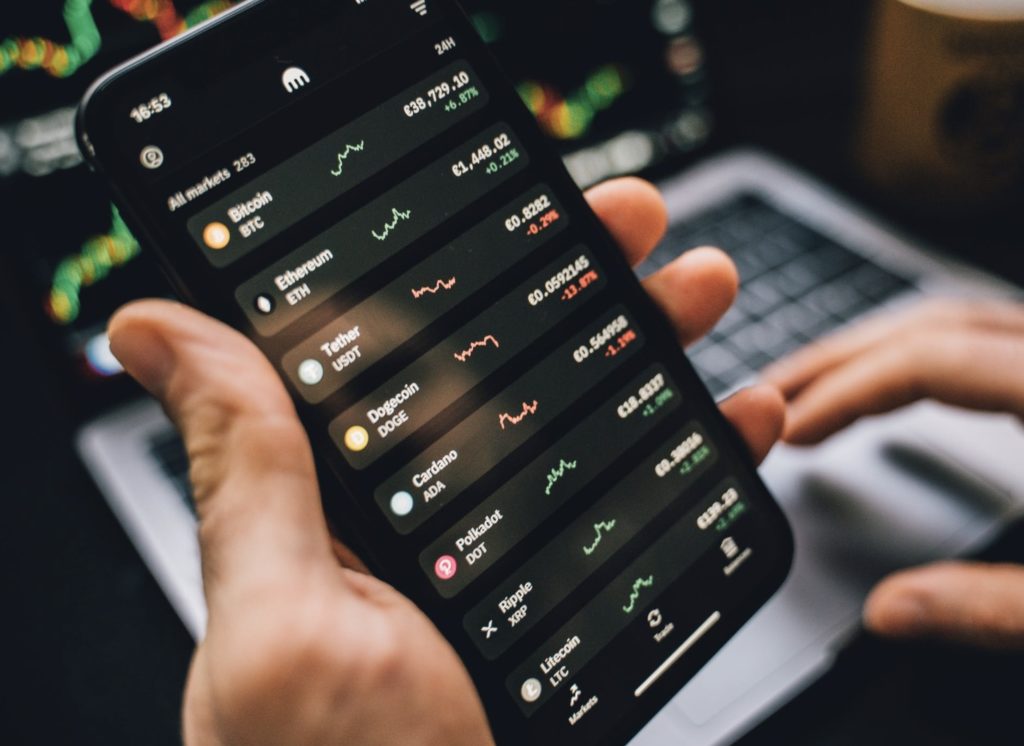 MicroStrategy, one of the big players that invested assets in Bitcoin in 2020, has announced their intentions to continue buying Bitcoin and exploring different approaches. Michael Saylor, MicroStrategy CEO, said, “Going forward, we continue to plan to hold our bitcoin and invest additional excess cash flows in bitcoin. Additionally, we will explore various approaches to acquire additional bitcoin as part of our overall corporate strategy,”. The company currently has about 70,784 bitcoins and the plans to acquire more fall into Saylor’s aim to become a leader in the cryptocurrency space. This further adds to the name that Bitcoin has made for itself over the last year, as an option for companies to invest assets in and what some investors are even calling a “safe haven” for the moment. The world is now holding its breath to see what will happen next with the price of Bitcoin: could it again breach the $40,000 high that it reached a few weeks ago, or will its bubble burst?

Bitcoin wasn’t the only cryptocurrency having a moment, as the world’s second largest cryptocurrency Ethereum (ETH) hit an all-time high towards the end of January. ETH hit $1476 for the first time on January 25th as it undergoes a massive upgrade to its underlying network. The crypto now has a market capitalisation of around $140 billion. The Ethereum blockchain is the technology that ETH runs on, and this is now worth 10 times more than it was at its low in March 2020. The 5-year old cryptocurrency has already solidified its place as a strong competitor in the crypto realm. Ethereum has climbed almost 300% since October of  2020.

Even so, ETH has sure shown its share of volatility this year so far. ETH started the year with an impressive 75% increase between January 1st and the 9th, before swinging down 18% in just three days by the 12th. Then from the 12th, ETH jumped a decent 27% by the 28th.

Ethereum 2.0 promises to make the system quicker and better by using innovative technology. According to analysts, two possible factors that have led to the rise in Ethereum are the fact that the crypto is extremely innovative, and the fact that Ethereum 2.0 will reduce transaction fees, which is useful for those trading in decentralised finance (DeFi). Ethereum’s upgrade also promises to do away with the mining that is currently required for the blockchain, in favour of using a “proof-of-stake” system to validate transactions. In addition to these improvements, Ethereum has also announced Ethereum futures trading will launch on the 8th of February, which means that traders will now be able to speculate on ETH’s value in the future, opening the door for a whole new avenue of trading. The fact that Ethereum is making these kinds of improvements on their systems already may bode extremely well for the crypto and creates investor confidence in the innovation being put into action.

The upcoming year looks rife with opportunity for an underdog crypto like Ethereum to continue its upward streak, and considering Bitcoin’s recent performance, many may wonder if the King of Crypto will dip below the $30,000 mark. Only time will tell, but for those looking to invest in cryptocurrency prices as CFDs, it may be worth keeping an eye on the news to see where your chosen cryptos are headed next.

Like we said, cryptocurrencies like Bitcoin and ETH are quickly gaining momentum amongst hedge fund billionaires and large public companies as investors look to alternative instruments that are not impacted as heavily by economic factors such as interest rates. Another driving factor for the rise in cryptocurrencies lies with the fact that the DeFi market could be used to transform the traditional financial world by recreating things transactions such as loans, without being linked to a central authority. It remains to seen what this year will bring for cryptos, however with the strong start that we’ve seen from the two largest cryptocurrencies in the world, this could be one very interesting year for those who invest in cryptocurrency prices already.

One way to invest in cryptocurrency prices is as CFDs, or Contracts for Difference, which allow you to take advantage of price movements in both directions (increases as well as decreases) of top cryptocurrencies like Bitcoin (BTC), Ethereum (ETH), and many others, without the need to purchase the underlying asset (as in any actual Bitcoin). In fact, most brokers offer many more instruments in addition to cryptos including commodities, indices, ETFs, foreign currencies and shares of today’s hottest companies.

Quality brokers also tend to provide a variety of broker video app based tutorials, informative PDFs, and one-on-one training with a live trading coach to help develop your trading skills at your own pace. Whichever broker you choose, be sure to watch these broker video app tutorials and other educational materials before you start, in order to find yourself on a more knowledgeable trading journey.