Delhi won the toss today and chose to BOWL first. In their last match, their batting lineup got collapsed and they need to focus on their batting tonight. Zaheer Khan was injured and he is doubtful for the rest of the IPL 10th edition. Karun Nair will captain Delhi again today. According to our predictions, SRH will tonight as they are dominating orange and purple cap of IPL 2017 so far. Warner and Dhawan opening along with Rasid Khan and Bhuvaneswar Kumar bowling combo helping the team to comback to the game at any situation. It will be real difficult to DD to face strong SRH tonight. 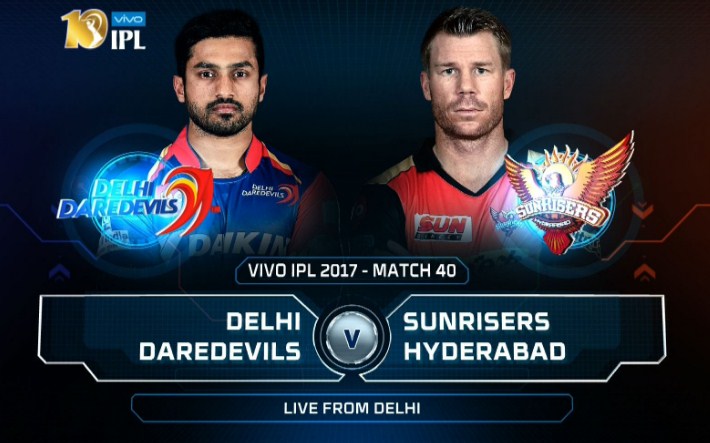 DD vs SRH live streaming will be telecasted on SonySix tv channel (English) and SetMax (Hindi). The live streaming of IPL 2017 can be watched on HotStar official website and via their mobile app.