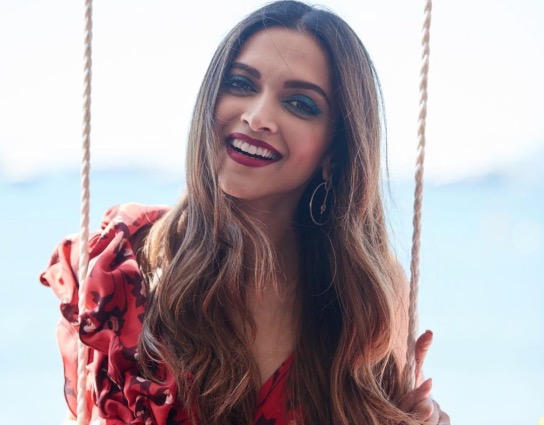 L’Orèal Paris released couple of photos of Deepika Padukone behind the shoots in the Cannes Festival. Deepika gets started with hair and makeup by the L’Orèal Paris glam team before her shoot and all the images were officially shared in the Loreal twitter account.

Vivid strokes of turquoise on eyes that could kill! Here's @deepikapadukone getting ready for her first red carpet appearance! #LifeAtCannes pic.twitter.com/e2psj7gbeY

. @deepikapadukone on her way to the L'Oréal Beach Studio in a red outfit by Johanna Ortiz and Charlotte Olympia shoes. #LifeAtCannes pic.twitter.com/LoirA8NxMr