The third cutoff list was already declared and the admission had also ended on Monday which started on July 7. Whereas, the 73 percent of the seats are filled before the release of the fourth cutoff list. As per the report, the DU admissions 2017 fourth cutoff list will be available on Thursday, July 13. 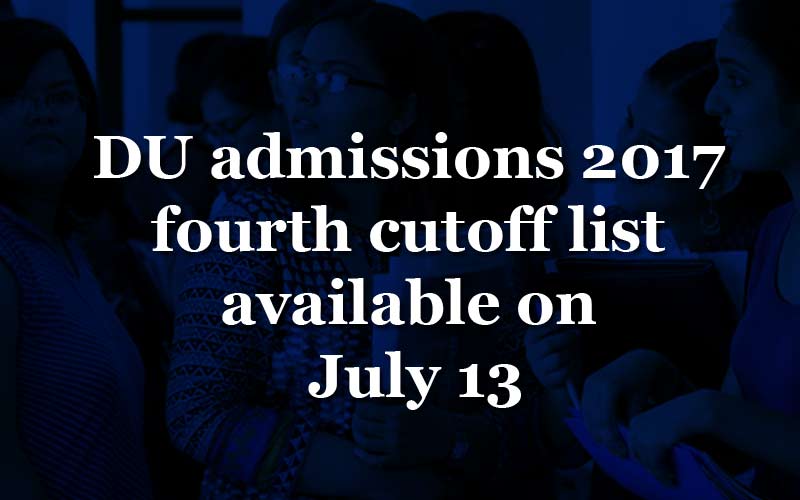 According to the Hindustan Times, the fourth cutoff list is to be released on Thursday, however, the qualifying percentage requirement is not expected to drop by more than a mark or two for most popular courses at sought after colleges. The Delhi University has around 56,000 seats at its 60-odd constituent colleges.

Some institutes didn’t have seats or low seats and also some others having courses like B.Com (Hons), B.A Programme, English (Hons), and History (Hons), among others.

However, some colleges had reached their overall seats like Miranda House, which has filled over 90% of their seats from the first, second and third cycle of admission. The remaining sets are available in this college under English (Hons) and BA Programme. The principal of the college said that “The cutoff for English (Hons) will either remain the same or be reduced by one mark”.