International Champions Cup reached almost its end now. It is time for a big clash tonight, El Clasico Miami night. Yes, Real Madrid vs Barcelona happens tonight in the Hard Rock Stadium, Florida, Miami. The match will kick-start at 8:05 PM local time. El Clasico Miami tickets are already sold out in a few minutes after the open time. The total stadium capacity is around 65,200 and the live coverage of the match begins at 7:30 Pm from the stadium.

Real Madrid will play today without their key player Ronaldo who is on holidays and yet to return to the club game. They lost badly against Man Utd and Man City. Barcelona is in a very good form, based on their recent performance and the past stats, they are the one who wins tonight.

The live streaming of El Clasico International Champions Cup match will broadcast on ESPN, Premier Sports channels in the USA and the UK respectively. 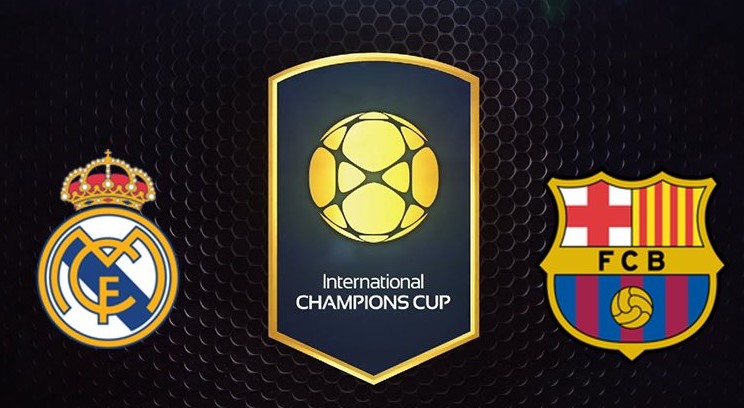 The Miami City is completely decorated to enjoy this historical El Clasico match. This is the second time, FC Barcelona and Real Madrid FC faces each other outside the Spain. Earlier, they met outside Spain in 1982.

Both the teams faced each other around 3 months before in which Barca won the match by 3-2 with Messi’s last minute goal. This is the third match for Barcelona in this season. They won their first two matches, against Manchester United and Juventus in the International Champions Cup.

On the other end, Real Madrid lost 2 matches so far in the International Champions against Manchester United and the Manchester City teams.