England vs Bangladesh (Eng V Ban) Champions Trophy Live: After the world famous Indian Premier League 10th edition, it is time for an international event. ICC Champions Trophy, which is also called a mini world cup event begins today in England. The top 8 ODI cricket teams are split into 2 groups. In the first match of this year Champions Trophy, the host England meets Bangladesh at the Oval stadium. The match will kick-start at 3 PM IST.

England had their series against South Africa before the start of ICC Champions Trophy 2017 and won the series by 2-1. They are pretty strong as they crossed 300+ in their first 2 matches. On the other end, Bangladesh played against India and Pakistan in their warm-up matches and lost both the matches. Check out England vs Bangladesh toss, playing 11, live score, final scorecard and match result on this page. 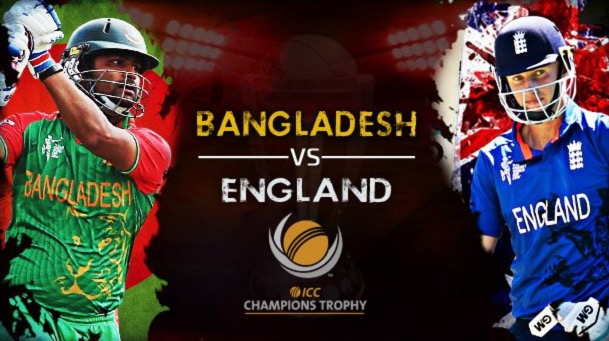