India vs Australia: Fresh from their stunning victory in Sri Lanka, Kohli and mates are eyeing the same against Australia for the 5 match ODI series that starts today at MA Chidambaram Stadium, Chennai. This series marks the return of Ravindra Jadeja who replaces injured Axar Patel for the first three ODIs. This proves costly for Patel who want to prove his mettle against our old rivals as he took 6 wickets in the recently concluded ODI Series against Sri Lanka. 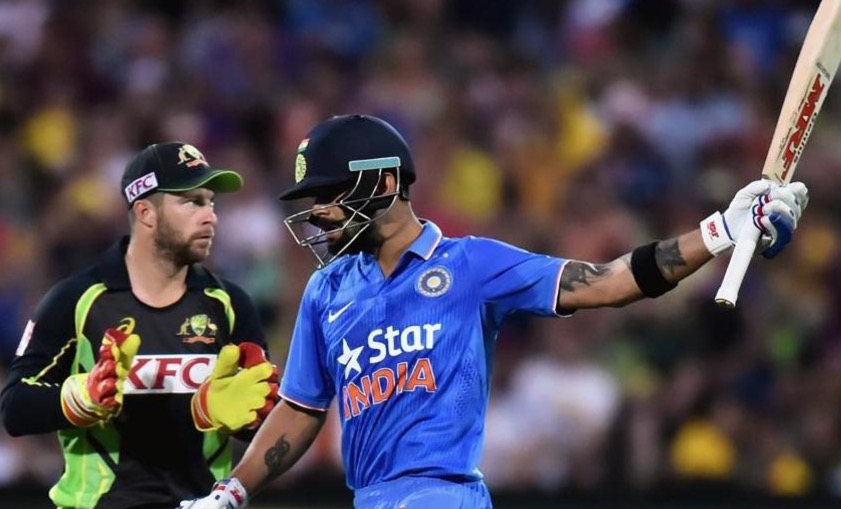 Also, Shikar Dhawan was also released from the squad to take care of his ailing wife. Interestingly, injury-plagued Aussies namely Josh Hazlewood and James Pattinson are also resting back home. The weight of their absence has indeed been on Pat Cummins to lead the team to victory.

The series ends on 1st October with a match at Vidarbha Cricket Association Stadium, Nagpur. Spinner Ashwin was again rested to pave way for wrist spinners; Yuzvendra Chahal and Kuldeep Yadav. This move by India aims to experiment the already strong bowling lineup for the series. Indian skipper Kohli is confident of the team’s victory and added that he doesn’t play for the 3-figure mark. One might not help but notice of the fast approaching 50 international centuries for Kohli. Sachin’s 100 international centuries is regarded the greatest record ever set in cricket and succeeding in getting half of it is sure as special as it could get. Kohli has 47 tons in 30 ODIs which may seem as quite a figure. When prodded, Kohli reckoned that he wants to win the game no matter what he scores.

Australian captain Steve Smith who has the gigantic task of winning the match, let alone winning the series was least bothered by the absence of Dhawan. It’s only clever for him to not underestimate India because of our very strong batting lineup and skilled bowlers. Also, with a world cup win under his belt, expectations are quite high for Steve.

Nonetheless, twitteratis seem to think that this ODI series will be a boost both for India and Aus to test unknown waters for their upcoming match.