India vs Pakistan Live: India meets Pakistan in the ICC Finals after 10 years today. India vs Pakistan finals happened on T20 World Cup 2017 in which India won the match under MS Dhoni captaincy. India – Pakistan match always fire one to watch as both the nation have political problems off the field. This time, team India plays under Virat Kohli’s captaincy which is another key for India under the young talent.

Earlier today, different religions in India prayed this morning as they wish India to win this final. The match will kick-start at 3:00 PM IST in the Oval Stadium, England. Without any doubt, India is today’s most favorite team to watch out and win the match according to our predictions based on their recent performance and the past stats against Pakistan. 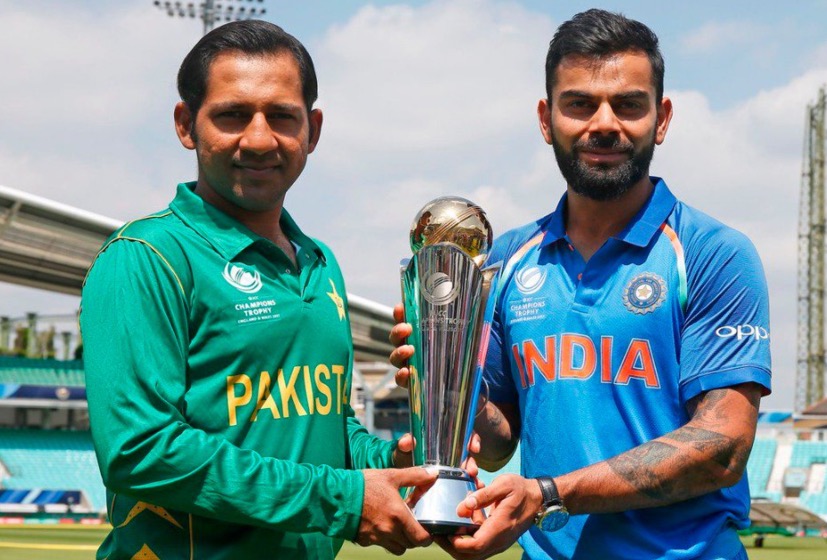 India lost all the 10 wickets for 158 runs in 30 Overs. Pakistan defeated India by 180 runs. Congratulations to all the Pakistan players for the efforts.

With the help of Fakhar Zaman 114, Azhar Ali 59 and Hafeez 57*, Pakistan score 338/4 from 50 Overs. B Kumar, Pandya, and Jadhav picked 1 wicket for India. Since the Pakistan batsmen scored brilliantly in the middle overs, they are able to reach 300+, but the death bowling attack of India with B Kumar and Bumrah restricted team Pak not to reach 350 today.

Team India is going with their same squad which played in the Semi-finals against Bangladesh.