Jabariya Jodi Movie’s story is based in Bihar, Madhopur area where dowry is constant in wedding proposals from groom’s side. The character Abhay Singh of Siddharth Malhotra started running a party of goons who kidnap those greedy grooms and marry them off to a girl in a surprise party forcefully.

It goes on until one day his childhood sweetheart Babli (Parineeti Chopra) entered his life and he has to choose between his ambitious life and love life. The dowry system is the constant practice in the parts of Uttar Pradesh and Bihar in case of wedding proposals from the groom’s side.

Abhay Singh is a top goon who ensures that no groom demands dowry and stop this he started system called Jabariya Shadi where the groom is allegedly married to a girl in a surprise party. Both the director and writer tried to aware the people of UP of these societal issues with a sudden bit of humor in parts of the story. 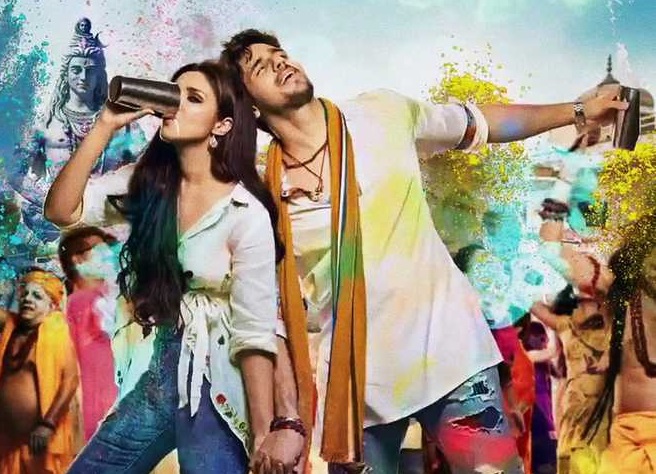 This movie is melodramatic and unrealistically narrated. They succeeded in making the movie a humorous bit to give you a chuckle. The first part of the story remains light and smooth with some catchy dialogue. But on the 2nd part, the story becomes quite dramatic lacking the humorous impact.

The Lead actor Siddharth Malhotra fitted in the frame of the character created but actually, he is a misfit in such characters like a goon. He was out shown in some tacky colorful outfits with a perfect goon look.

Whereas Babli played by Parineeti Chopra is quite chirpy and a chic glamorizes to everyone’s eyes. She was the rebellious one as first displayed, but her frequent transition to a damsel in distress was quite unconvincing. Her Bihari ascent in all her dialogues was a bang on for the audience.

The start-up for both the characters was a hit which is the first part of the sequel. Rest of the characters played upon to maintain the order. Sanjay Mishra was quite an entertainment. And the friend-zoned lover Aparshakti Khurana justice fully played his role.

As a whole, the movie Jabariya Jodi was a mix-matched reaction full.  Up and downs around the movie lines written in a low note couldn’t fit the high spirit roles. The humorous impact made on the first part loses its way to a melodramatic condition in the second part.

Moreover, making the scenes unrealistically boring to the audience and the interest and suspense got lost midway. The important social issue which was brought by the director wasn’t fulfilled due to the over drama played.