The Karnataka Secondary Education Examination Board (KSEEB) has declared the SSLC Class 10th Supplementary exam results 2017 on July 17 at the official website, karresults.nic.in. After the main exam which held on March, the students who failed on it has appeared for this supplementary exam between June 15 and June 22.

After the declaration of the Secondary School Leaving Certificate (SSLC) supplementary exam result 2017, the pass percentage announcement has released by the Minister for Primary and Secondary Education Tanveer Sait. In this year, the KSEEB SSLC 10th supplementary result 2017 pass percentage is 50.81. However, the board conducted exam for totally about 2.42 lakh students.

The Karnataka Secondary Education Examination Board has made the arrangement for the unhappy students about their marks to apply for re-totalling and revaluation. 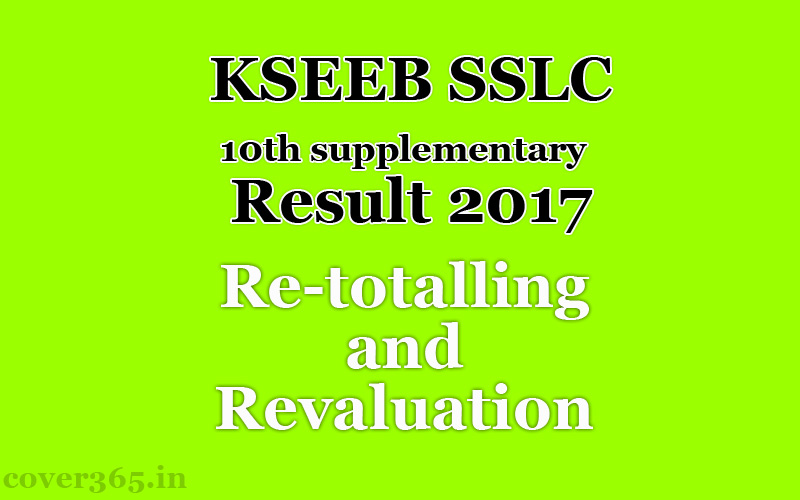 Students those who felt with the wrong marks and correction can be able to apply for the revaluation. Also, they all can get their photocopies of their answer scripts. For that, students need to visit the official website (mobile.karnataka.gov.in) OR Karnataka Mobile One app.

The minister has said that all PU colleges had been directed to allow admission of the supplementary students till July 31, without fine.