Lions Take Over Busy Road in South Africa: Cars follow the four lions slowly in the main road of South Africa. Yup, in the viral video on the internet showing four fully grown lions walking on the road, even as cars follow them without disturbing.

This scary video was first shared on Facebook page which named as ‘Lions Of Kruger Park And Sabi Sand’. 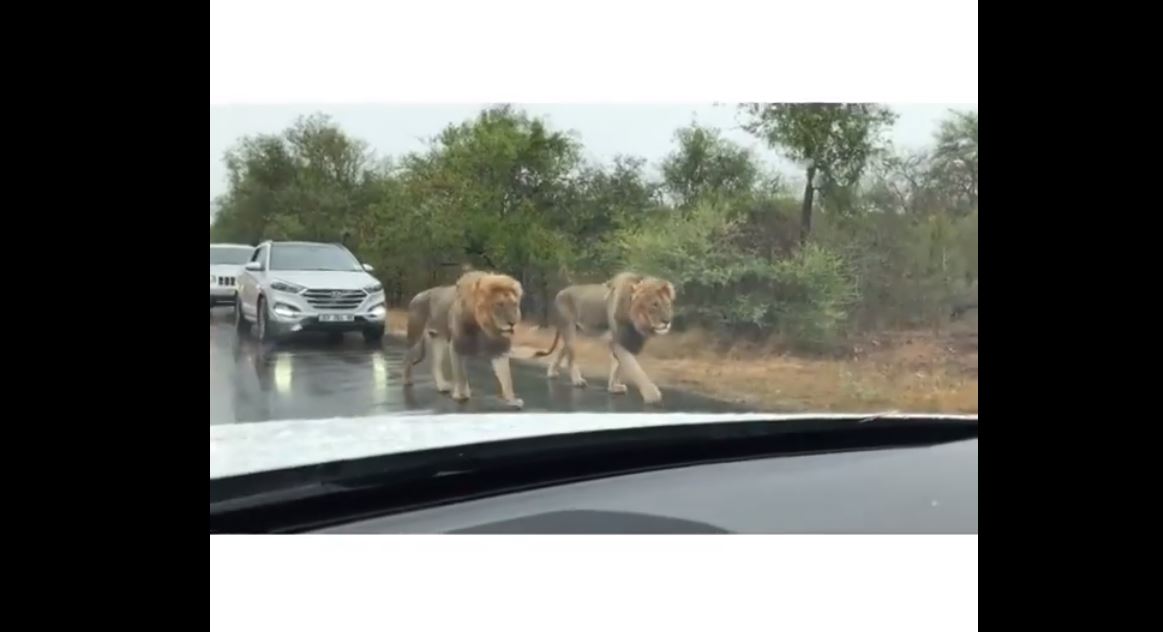 The video run time is only the half-a minute-long, but it engaged the viewers and all watching it on their loop mode for few times to feel the reality. The video was published on 29th December 2018, a 2 weeks ago which earned over 2.2 million views, more than 13 tons like and near 2K comments.

The video shot at the Kruger National Park in South Africa.

We can feel the winner as wild from this video against the human. Watch how the four majestic lions have taken over the busy road and a number of cars on the road are seen slowing down or moving behind the lions.

“I hope these magnificent creatures are protected. South Africa is not kind to their wildlife. Please keep them safe,” said a Facebook user.

“What MAGNIFICENT creatures!” added one person.

“Stunning but scary,” another one in social media.

“The elders leading the new leaders of the pride – a beautiful sight,” said Kevin Stevens, a Facebook user.