Mersal Teaser: Actor Vijay’s most awaited Mersal movie teaser will be released on 21st September 2017, Thursday around 6 PM. The Mersal team officially shared this information and update about Mersal Teaser updates after overwhelming responses and messages they got from the fans about the release dates.

Without any doubt, Mersal Audio launch ended in a huge success and the team released lyrical version of each Mersal songs periodically on their Official Twitter page. Aalaporaan Tamizhan still ranks at the top in Gaana, Jio Music and other apps due to its powerful lyrics. It also increased the expectations on teaser and trailer of Mersal.

Every day, Thenandal Film Production house got several messages from the Vijay fans regarding the release date of Mersal teaser and trailer. To make it happen soon, the production house finally made an official announcement that Mersal teaser will hit worldwide on via YouTube on 21st September at 6:00 PM.

Without any doubt, Ilayathalapathy Vijay has huge followers, not only in India but also in other countries. Here is a list of Mersal Teaser release time in different countries. 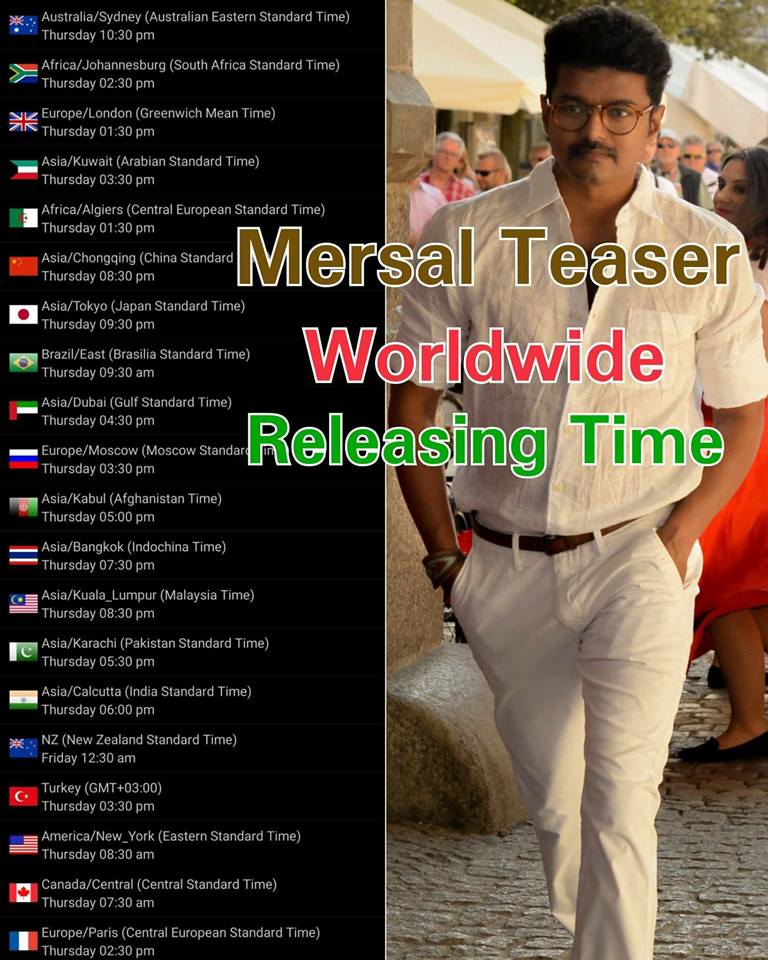 Source states that, due to Anitha’s death and NEET issue, Mersal teaser release date has been postponed as the team didn’t want to deviate the students and public with their teaser. But that was indeed a good move. All the very best to the Mersal team and Ilayathalapathy Vijay for another blockbuster movie.