According to our predictions, RPS will win tonight as they are much stronger than MI this season and they already won 3 matches against them in the IPL 10th edition. Here you can get the live updates of the game from the Toss, Playing XI and Live scores. Also, we provided the list of Live streaming online and TV here at the end.

Man of the Match – M Johnson

The opening players of RPS playing well. Rahul Tripathi gone with his 3 runs in eight balls. Rahane is the second wicket who scored 44 runs in 38 balls. MS Dhoni has landed to the pitch. Expecting some clam and blast overs at the end.

Australian Cricketer Michael Clarke tweeted that “To win finals you need to not play with fear. I feel @mipaltan have batted with fear tonight. They have been extremely tentative from ball 1”

Over 15: It is Shardul Thakur who took a WICKET of Karn Sharma. Two Runs and a Wickets in this over.

Over 13: Zampa allowed Hardik to hit SIX in his second ball of this over. The pair of Pandya scored 10 Runs in this over.

Over 12: Six dot balls and a single in four balls by Sundar.

Over 11: Sharma also walked out from the ground. Shardul Thakur caught the ball at the boundary line and started dancing. It is WICKET for Zampa. First SIX by Mumbai Indians has been made in this over. Also, it is the first ball of K Pollard who hit the Six. Pollard walked towards his seat back to the Sharma, OUT. 9 Runs and 2 Wickets.

Over 10: Washington Sundar is back again. He finally donates his ball to FOUR at the last ball. K Pandya used his ball and hit towards the boundary line. 6 Runs at the end of the Over.

Over 9: The over controlled by Zampa, he just gave 4 Runs including his WIDE extra in the third ball.

Over 8: Another WICKET by Lockie Ferguson. It is Rayudu who scored well in the last over. Direct run out by the RPS skipper Steve Smith. Krunal Pandya replaced the Rayudu. At the end of this over, 5 Runs with a WIDE and a WICKET.

Over 7: Adam Zampa gave 9 Runs with a FOUR, which scored by Rayudu in the second ball of the over.

Over 6: Fiver FOUR by the team Mumbai Indians on Lockie Ferguson’s Over by Sharma. Also, he made three Fours in the third, fifth and sixth ball of the over. So, it is 16 Runs in this over.

Over 5: Shardul Thakur’s first over at the IPL 2017 final. He gave an extra by delivering the wide ball in his third attempt. So, MI scored 5 Runs in the fifth over. Two from Sharma and Two singles from Rayudu.

As of now, it looks the RPS giving pressure to the Mumbai batters due to the tight bowling and fielding.

Over 4: The Same circle by RPS, it is again by Sundar on fourth over. Only 2 Runs by Sundar. One is from Sharma and one from Rayudu.

Over 3: It is OUT by Unadkat in the first ball of his second over. Also, Simmons fall within few minutes in the same over. Unadkat himself caught the ball of Simmons. At the end of the over, Ambati Rayudu scored One run and the MI skipper scored One. Totally 2 Runs and 2 wickets in this third over.

Over 2: Washington Sundar on the play, Simmons scored one run to the short length ball on the leg stump in the 1.2 over. Patel scored two runs in 1.5 and also back to the next over by scored another one more run at the last ball. So, it is 4 runs in the Over 2.

Ravichandran Ashwin tweeted that “Good luck to @RPSupergiants and @mipaltan, look forward to a good game. But praying for a little advantage to the Pune team.???????? #IPLfinal”

Over 1: In the Jaydev Unadkat bowling, Lendl Simmons scored two runs and Parthiv Patel (W) scored one run. So, totally three runs in the first over.

TOSS: Mumbai Indians win the toss and chose to bat 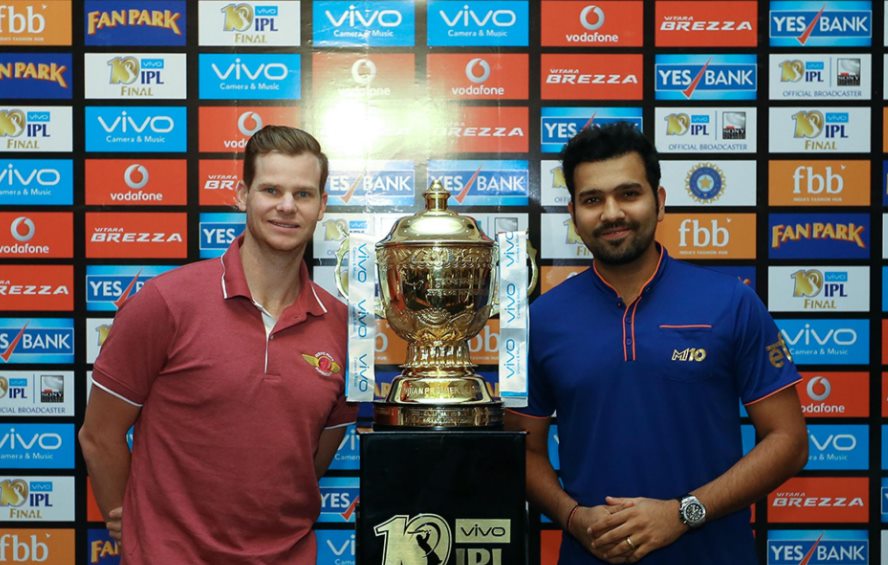 Also Cover365 viewer will get the highlights of Photo from the final match between RPS vs MI. Stay tuned for more updates.

Cricketgateway is the global live streaming official service for the Indian Premier League fans. The people of middle east and South Africa can spy OSN Play and SuperSport Live to watch live online.