Nata Sarvabhouma movie review: Puneeth Rajkumar’s latest movie has released a day before its formal release. Pavan Wadeyar has made a movie with Puneeth Rajkumar again after Rana Vikrama. They made an action movie in their first collaboration, then now it is a family movie.

Because of the hype about the movie after the trailer release, the film gathered more expectations from the audience. The Nata Sarvabhouma trailer has created a huge curiosity about the Puneeth Rajkumar’s character and the film’s theme.

In the promotional activity by the makers, they have not given any clues or revealing scenes. The team just want to know the reactions from the audience without knowing anything around the movie on before its release. The makers just let the viewers to find out the genre of the film in the theatres. 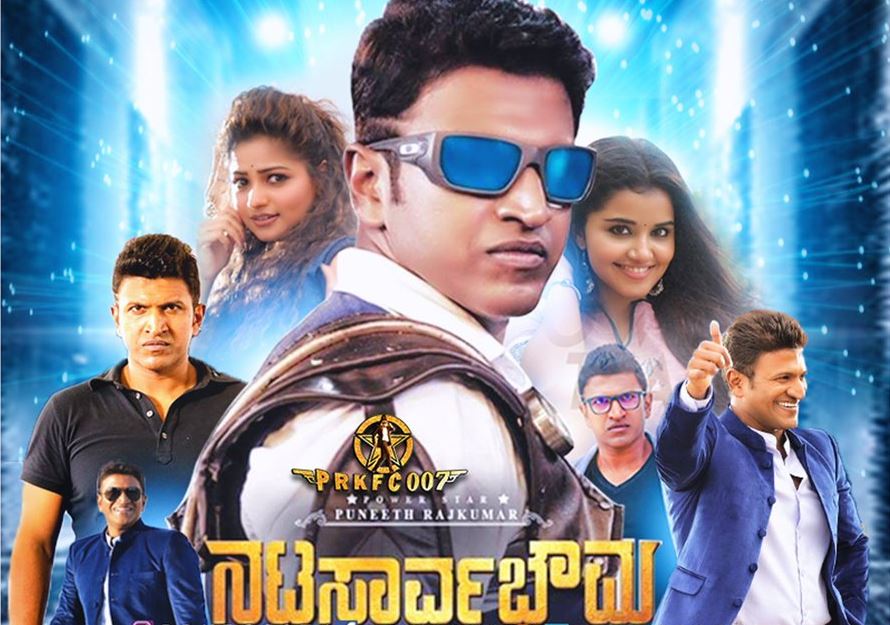 Rachita Ram and Anupama Parameswaran are the two good looking heroines in this film. This is Anupama’s Sandalwood debut. Chikkanna, Sadhu Kokila, P Ravishankar, Saroja Devi, and others are in the others in the film as supporting characters.

An investigative journalist Gagan Dixit (Puneeth Rajkumar) comes to Bengaluru in search of a person. This is a usual revenge drama which built around few predictable and some unpredictable twists. The director keeps the audience guessing about what next.

Mounesh: Career Best performance by @PuneethRajkumar theater was going gaga over his acting transformation. Chikkanna rocked in comedy. Another level dance can label appu as #1 dancer in South