Nayanthara is the hot cake of the Kollywood at present, who is busy with the leading heroes again with the important roles. After few talk and discussion with the Anushka Shetty, Shraddha Srinath, and Keerthy Suresh, finally, Nayanthara signed to romance Ajith in Viswasam.

It was the trending topic on Monday evening that the filmmakers have updated this news official on 5th February. PR Suresh Chandra (Sathya Jyothi Films) has twitted that “Proud to announce Nayanthara as the heroine of Viswasam.” 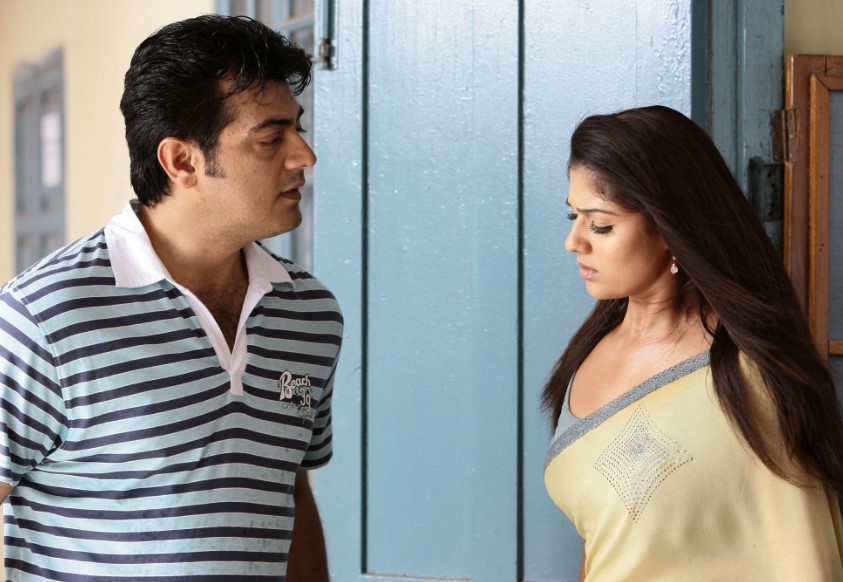 Check the official tweet which embedded in this article. As mentioned above, the makers approached few big names in the industry for heroine role against Ajith. At the end, they confirmed that Nayanthara who has signed for the director Siva’s upcoming film.

The gorgeous actress of Tamil Cinema, Nayan had already acted with the Thala Ajith Kumar earlier movies such as Billa in 2007, Aegan in 2008, and Arrambam in 2013. Now, she committed again with Ajith for Viswasam in 2018.

Nayanthara had a huge and important schedule in an upcoming career as she signed projects like Chiranjeevi’s Sye Raa Narasimha Reddy and Kamal Haasan’s Indian 2 already.

Viswasam is the fourth film under the combo of Ajith and Siva after the “V” films. Their first film ‘Veeram’ was the rural-based story, ‘Vedalam’ was the urban-drama, and the third one was the ‘Vivegam’ which was international-based subject.

According to the sources, the shooting will begin from February and the film will out for Diwali 2018. Anirudh Ravichander joins again as music director for Viswasam.