by Harry
in Entertainment, Kollywood
0

Vijay, Atlee and AR Rahman combo’s Mersal is ready to hit the theaters soon this Diwali. Before the movie, songs are being released as Mersal audio release will happen in a next few days. Neethanae Song which is the second single track of the movie planned to release today evening at 6 PM.

Earlier today, SonyMusicSouth released Neethanae song teaser at 12 PM. Their tweet goes like, Can’t wait until 6:00 pm for #Neethanae? Then, get ready #NeethanaeTeaser coming your way at 12:00 PM. After the tweet, they released the teaser version of Neethanae song. The full song will be available to listen from today evening in Gana.com, Saavn and Jio Music app. 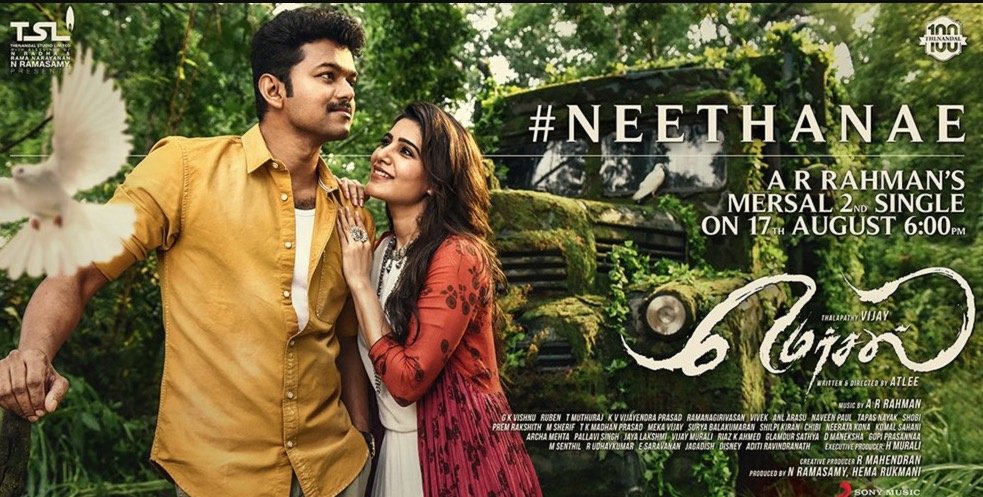 Here is an official tweet from SonyMusicSouth regarding the teaser timing,

#NeethanaeTeaser is trending all over India on Twitter. Listen to Listen to Aalaporaan Thamizhan and stay tuned for Neethanae full song which will be out today evening.

casinobonus2 made a real revolution in the industry.