South Africa won the toss and decided to BAT first today. Since rain threatens every match, it is clever decision to bat first as they no need to get tensed of D/L method if they put down a good target. The team batting second mostly face issues by D/L methods when targets are big to achieve. Check out Pakistan vs South Africa live streaming Channels, live score updates, match result and highlights on this page below. 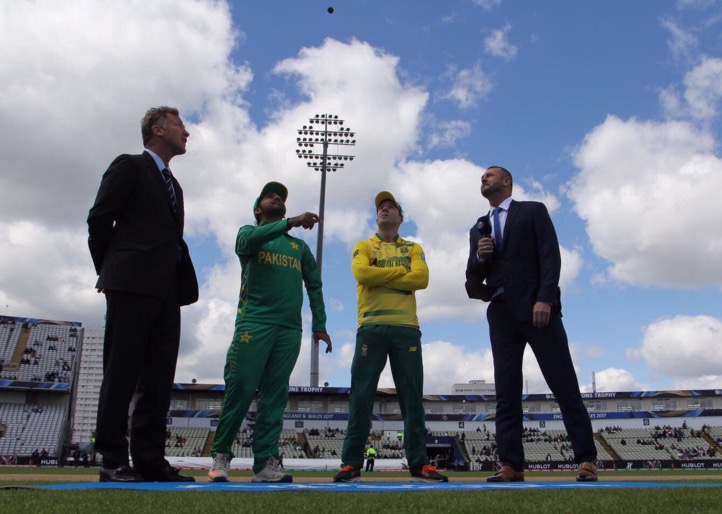 South Africa won the toss and decided to BAT first.

Match Result: It has been officially confirmed that Pakistan vs South Africa match 7 of ICC Champions Trophy is called off due to rain. Pakistan won by 19 runs by DLS method.