RPS vs KKR IPL LIVE: In today’s Indian Premier League 10th edition 30th Match, Steven Smith’s Rising Pune Supergiant meets Gautham Gambhir’s Kolkata Knight Riders at Maharashtra Cricket Association Stadium, home ground of Pune. The match will kick-start at 8:00 PM tonight. According to the IPL 2017 standings, KKR is on the second position in the points table and Supergiant is on the fourth position in the points table.

KKR won the toss and chose to BOWL today. They have a strong batting lineup to chase any target. Sunil Narine, West Indies spin bowler opening innings for KKR and smashing the balls to the boundary which surprised every IPL fans and making it more interested and a good replacement for injured Chris Lynn. 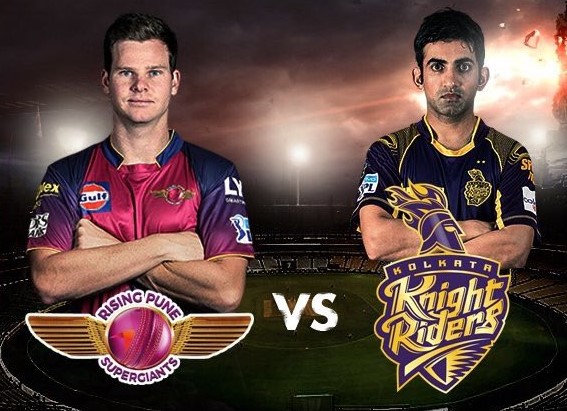 Bravo and Chawla are in the playing 11 for KKR and Faf playing today for RPS. Check out RPS vs KKR live streaming TV channels, online website, live score updates on this page.