It’s not easy managing a business conglomerate in your 70s, and yet Sanjay Dalmia of Dalmia Group of Companies is doing it all. “Age is an issue of mind over matter. If you don’t mind, it doesn’t matter,” says Sanjay Dalmia. His resolve to work industriously and deliver first-class results has pushed Dalmia Group of Companies to be a recognizable name in the market. His efforts have also structured the company into a global juggernaut.

Sanjay Dalmia was born in 1944 to industrialist Vishnu Hari Dalmia, in the city of Lahore (now Pakistan). He was enrolled in Delhi’s Modern School for primary and secondary education, which still happens to be one of the finest educational institutes. He later graduated from the renowned St Stephens College with an Economics (Hons) degree. His career is stretched over an illustrious period of four decades. Apart from serving as the Dalmia head honcho, Sanjay Dalmia has also served as the Non-Executive Chairman of GHCL Limited and the Chairman of Colwell and Salmon Communications (India) Ltd. 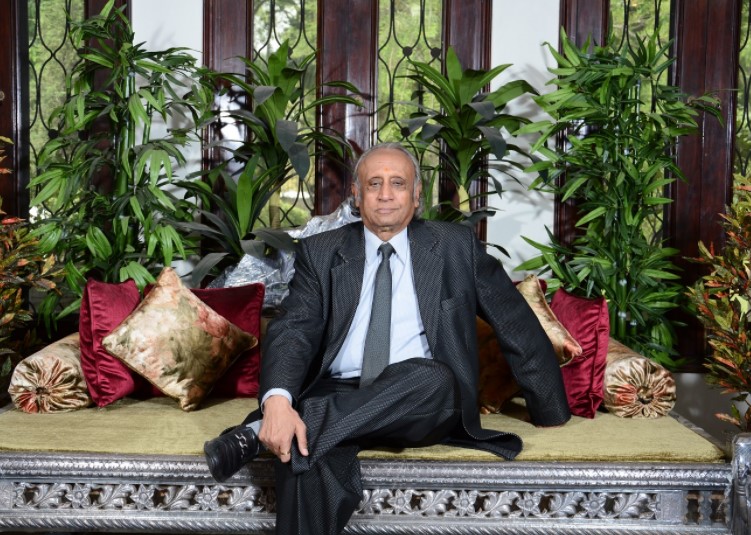 Business is not just about success, it’s more about failures and how you learn from them. Sanjay Dalmia’s experience is a balanced mixture of mellow strategies and celebrated initiatives. He explains, “Yes, I could have done it 10 years ago. I have no explanation for why I did not. But that’s the past, where I was trying to do too many things. Now I’m totally focused. Besides, there are many more opportunities today.”

Age has never been a deterrent for him and his vision of pushing his companies beyond expectation. His vision helped GHCL acquire a home textiles company in the United States and a soda ash factory in Europe.

Dalmia reckons that it is high time the Indian conglomerates and small enterprises start thinking about expanding to different global markets. He says, “Earlier, only overseas companies could come here. Now it’s a two-way traffic. We too can acquire companies abroad and that’s the route to growth that we’ve decided on.”

Sanjay Dalmia is famous for his ability to turn around a diving business. His acquisition strategy has helped him invite business smoothly into his organizations, especially when it comes to Colwell & Salmon, and Sree Meenakshi Mills. He believes that the IT-Enabled Services (ITES), textiles, and the soda ash business have a bright future and their demand will steeply increase.

He’s also a philanthropist who wants to see the country outgrow poverty and hunger. It’s why Sanjay Dalmia has supported and promoted several effective non-profit organizations. One of the most distinguished philanthropic ventures he is involved with is ‘Masoom’, an NGO that backs and helps economically weak children. Sanjay Dalmia always celebrates his birthday with these children and engulfs himself in the sweetness of youth. Clearly, for him, age is just a number.