Vijay 61 Updates: Kollywood actor Vijay 61 movie first look is the next talk in the Tamil cine industry. After the hit of Bairavaa, star actor again handed with Theri director Atlee Kumar and the shooting of the Thalapathy 61 movie is still in progress and expected to be released for Diwali 2017. 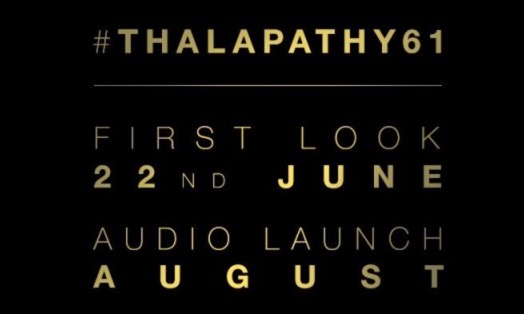 Shankar’s 2.0 was scheduled to release on Diwali 2017, but it was postponed for Pongal 2018 due to some graphical works. After this announcement from 2.0 team, Vijay 61 movie team made this important date announcement.