Vivegam Reviews, Box Office Collections & Ratings: Kollywood star actor Thala Ajith and Siva’s project Vivegam movie is released all over the world on 24th August 2017. The Vivegam movie is getting a good response from Ajith fans as well as neutral fans and people says the movie has taken Indian cinema to the next level. Here we update Vivegam review and ratings live audience responses. We request the audience to not watch or download Vivegam movie online and respect the artist’s works by watching the movie in theaters. Search in Google for “Vivegam Show time” to book tickets online.

Vivegam is a complete mass, thriller and action movie from Ajith and Director Siva team again. This combo already gave three big hit movies – Veeram (Local hit), Vedhalam (National hit) and it is Vivegam now. If we watch keenly, all these Siva-Ajith movies title starts with ‘V’ which is a sentimental hit for the team.

Coming to the Vivegam review, in short, this is an action packaged that will delight Ajith fans for sure. The first half of Vivegam is dangerous fast, loaded with actions and excitements. And movie keeps you guessing what is the next thing going to happen. The second half of Vivegam is fully racy and there is no lack or slow in the screenplay throughout the movie. Vivegam is a thriller all the way in short to say.

Vivegam is a spy-thriller movie in which Ajith acts as an Army. Vivek Oberoi and Ajith are friends who are moving to Europe for a secret mission with Akshara Haasan. This is a debut movie for her. Ajith fights solely to save the motherland in that mission is the plot summary of Vivegam.

The Vivegam movie premiere show is expected to play in other countries. Unfortunately, they were canceled and the first Vivegam Premiere show will be played in India.

The following are the Vivegam film cast and crews,

Vivegam Update: We got an official update on Vivegam Premier Show in the USA. The show has already started, we have updated movie review on this page.

Day 1 Box office collection report will be updated shortly at the end of the day. 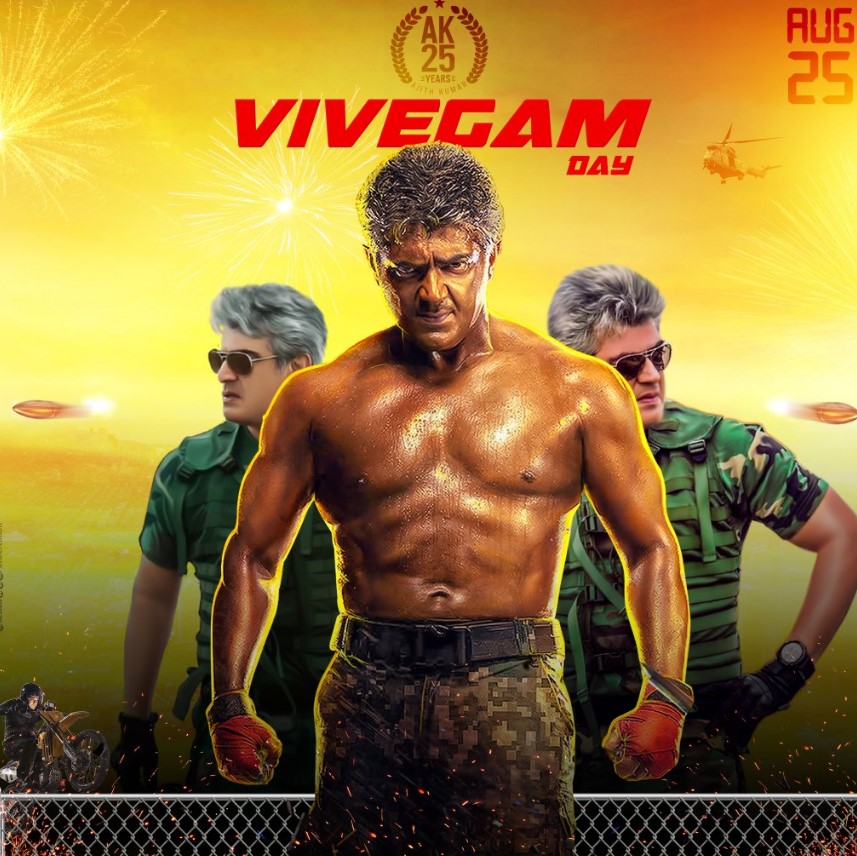 If you ever find Vivegam movie piracy links on Tamilrockers, TamilYogi or any other movie downloading websites, we request you to submit a detailed complaint to this email – claim@blockxpiracy.com